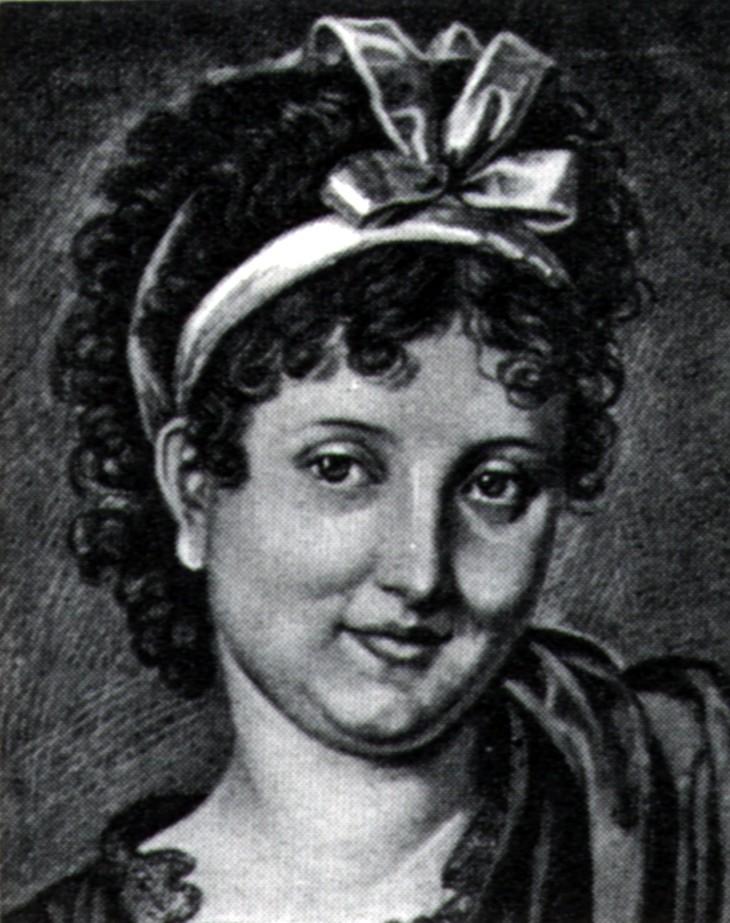 Johann Wolfgang Von Goethe was born August 28th, 1749, making him a Jack of hearts, 9 of clubs. Virgo Snake. The 9 of clubs would make him have mental disappointments in his life, as he ran into resistance for his ideas, which were far ahead of their time.

As the Jack of hearts (the Christ card) he knew deep sorrow. He would go from wild partying to somber studying when his body gave out on him throughout his life. He wrote, “If you’ve never eaten while crying you don’t know what life tastes like.”  which is pretty much a 9 and heart thing to say.

Christiane Vulpius was born June 1, 1765, making her a 3 of spades, 9 of hearts Gemini Rooster.

As a 3 of spades, she was creative, and quick. As a 9 of hearts her life swung from the Saturn Saturn position to the Venus Venus position every year. That meant she would have good years and bad years.

How did they meet?

“While wandering aimlessly in one of the parks near Rome, Goethe was accosted by a young girl, named Christiane Vulpius, who presented him with a petition in favor of her brother. She was a comely damsel, with golden curling locks, rosy cheeks, laughing eyes and a neatly rounded figure. The poet took her to his home, and she became his wife in conscience and the mother of his children, though he did not marry her until 1806, when the terrors of the French occupation made him anxious for his eldest son.”

This little snippet doesn’t actually tell the whole story, because Goethe was one of the smartest people on earth at that time, which means Christiane Vulpius, to be his companion, lover and friend, had to have been pretty smart herself, even if she was denied the extensive education that Goethe received.

“Love is an ideal thing, marriage a real thing; a confusion of the real with the ideal never goes unpunished.”
― Johann Wolfgang von Goethe

They shared a POWER connection between Goethe’s birth card, the Jack of Hearts, and Christiane Vulpius’s PRC, the 9 of hearts. These are two Fixed and Semi-Fixed cards, respectively, and when two of these special family of seven get together, incredibly powerful events can happen. They can move mountains, together.

As they were both nines and hearts, they could understand each other on a deeper level that others could not understand. Nines can be powerful spiritual numbers, having much success in spiritual domains, not so much in the earthly realm.

Goethe was so good at speaking to people’s emotions that his first novel, “The Sorrows of Young Werther” about a man who commits suicide, was so widely read and deeply felt that hundreds of young people committed suicide in response to the book.

“I have so much in me, and the feeling for her absorbs it all; I have so much, and without her it all comes to nothing.”
― Johann Wolfgang von Goethe, The Sorrows of Young Werther

When Christiane died, Goethe was inconsolable. “Friedrich Schiller‘s wife Charlotte von Lengefeld wrote of Goethe after Christiane’s death, “The poor man wept bitterly. It grieves me that he should shed tears for such objects.” German society ladies did not approve of the fact that Goethe and Christiane did not get married until they felt like it, but Johann Wolfgang Von Goethe and Christiane probably didn’t care.

“Sometimes I don’t understand how another can love her, is allowed to love her, since I love her so completely myself, so intensely, so fully, grasp nothing, know nothing, have nothing but her!”
― Johann Wolfgang von Goethe,