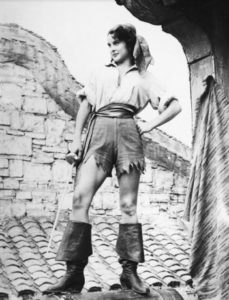 Jean Peters was an actress born on October 15th, 1926, which makes her a Libra Tiger. Her destiny cards are the 7 of clubs and Queen of Spades.

She did not want to act like a famous actress. Hughes had his security men follow her around, even when they weren’t together, but she still managed to preserve her anonymity. She was dedicated to acting, and according to friends, was the opposite of a party girl. This is a very Queen of spades move. She wanted to be known for her work, for her self mastery, not for running around.

She didn’t want to act like a bombshell, but for one of her movies, Marilyn Monroe was brought in to help her act more sexy. She tried that for one movie, and declared she wouldn’t continue that route. Talk about a strong-minded person! You’d have to be, to be married to Howard Hughes. 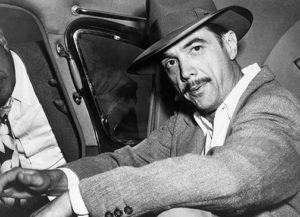 Howard Hughes was the first US billionaire. He was born December 24th, 1905, which makes him a Capricorn Snake. His destiny cards are the 7 of hearts and 9 of spades.

Howard Hughes and Jean Peters were married from 1957 to 1971. In Hollywood! Their marriage lasted a long time.

Both Jean and Howard were secretive about their private lives, so what can we get from the cards?

Right away we can see the connections flowing from Howard Hughes towards Jean Peters. His planetary ruling card, the 9 of spades, has the Queen of spades for a mars card in the past life spread. That means that he was tremendously attracted to her. As the 9 of spades, he would have many disappointments in his life. The challenge for the 9 of spades is to let go of certain lifestyles, or work.

Why do 7 of hearts people get wealthy? Their mercury card is the 7 of diamonds, which means they have a money mind, and often start out life rich and get richer.

Jean Peters and Howard Hughes were both sevens, so they both were here to learn how to ease life’s disappointments through spirituality. They were also both Spades, which meant both were hardworking and dedicated to their crafts.

The money was less important than the fact that they had put time and effort into something. Indeed, Howard Hughes built the largest aircraft in the world at that time. Jean Peters did star in a lot of movies, even after her marriage to Hughes meant that she didn’t have to work. When they divorced, she agreed to the modest sum of $70,000 per year, for a man worth $1 Billion. This again showed that she wasn’t interested in the money.

At the end of his life, he said that Jean Peters was the only woman he ever loved.

Hughes was born into wealth, but got famous for flying airplanes around the world. Several movies have been made about his life.

He was eccentric and paranoid at the end of his life, living in his mansion, not cutting his fingernails, brushing his teeth or washing. Apparently he was so emaciated when he died of kidney failure that he was just 93 pounds.