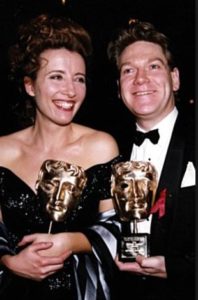 Kenneth Branagh and Emma Thompson were a power couple from 1989 to 1995. They made some beautiful films together.

How did this relationship work?

And why did it fall apart?

Kenneth Branagh had an affair with Helena Bonham Carter (May 26th, 1966, 6 of clubs, 6 of spades) while he was married to Emma Thompson, and this caused them to break up.

Why was Kenneth Branagh cheating on Emma Thompson?

He was her moon card. He was there to play a supporting role to her. He could not reverse that connection. He is a naturally dominant personality, as a Sagittarius Rat, and Emma Thompson, as an Aries Pig, is not exactly submissive either. Where they differ however, is that Aries is loyal. Sagittarius is not known to be loyal.

What was hard about their relationship is that aside from being moon to Emma Thompson, Kenneth Branagh and Emma Thompson share a PRC, the 10 of diamonds. This is also not exactly a submissive card. They are very similar people. And if they like themselves, that’s wonderful. But if they don’t like themselves, this can be problematic, because you will see everything you don’t like in yourself in the other person.

One of the hardest things for Emma Thompson to do is ask for what she needs. Her saturn card is the Ace of hearts. This creates an inner need for love that cannot be filled.