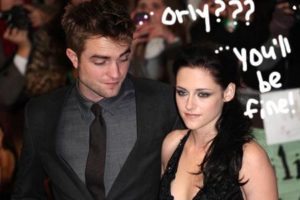 There are two questions here.

1. How did Kristen Stewart succeed in cheating for 6 months without Robert Pattinson finding out and

2. WHY did Kristen Stewart get together with Rupert Sanders?

Well, first of all,

Because Kristen Stewart is Robert Pattinson’s Neptune card, she was able to pull the wool over his eyes very easily. Until the pictures came out, she probably could have continued to cheat.

But it looks like he’s not taking her back now. That’s just as well. He should be with someone  he can feel like an equal with, not someone who he worships and who seems rather indifferent to him.

We know that the queen of diamonds has a difficult life in emotional terms, and that is exactly what Kristen Stewart has created. But let’s take a look at Rupert Sanders’ card. He is her same card. He is a queen of diamonds too. And his PRC is the seven of clubs, while hers is the three of spades. So finally she has found a relationship where she can feel more deeply about someone than she feels about Robert Pattinson. She’s got a nice Venus connection between their two PRCs, and then being with someone who is your same birth card can mean learning how to love yourself more.

Since all of the card connections were going ONE WAY, towards her, in her relationship with Robert Pattinson, it must have been a whirlwind of conflicting emotions for her to realize she was falling in love with Rupert Sanders. But as his PRC is her PRC’s venus card, it’s right there. And while Rob worships her, in the end, that was not enough for her.

In the end, Kristen Stewart, the Queen of Diamonds, like most of us, needs something deeper than a Neptune relationship. Even though Rupert Sanders has apologized to his family and has been taken back by his wife, this taste of what it’s like to really fall in love and get hurt and come back out will change Kristen forever, and for the better.